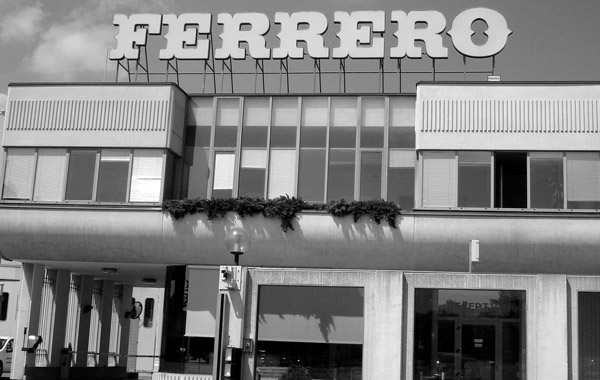 Ferrero’s transformation and international expansion of the Nutella brand over the past forty-seven years remains one of Italy’s greatest industrial success stories.  But something was lost along the way.

Over the past half century, Ferrero has grown from a dozen employees to nearly 21,000 in eighteen factories around the world.  With annual sales of over $9 billion, it is the fourth largest confectionery company in the world (after being bumped from #3 in 2010, when Kraft Foods acquired Cadbury).  The privately held company has made Michele Ferrero the richest man in Italy and #32 on the Forbes list of world billionaires (1). 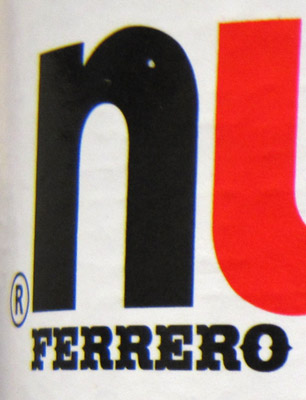 As is the case with any multinational enterprise, Ferrero has a complex legacy.  The company has been praised for its product innovation, branding, philanthropy, investment in agriculture (particularly hazelnut), and ongoing role in the development of Alba and the Langhe.  Ferrero has also been criticized—and sometimes protested and sued—for allegedly deceptive and misleading advertising, questionable nutritional value of many products, and the environmental impact of its factories and sourcing of ingredients.  Nutella has often been at the heart of such criticism (2).

General considerations of Nutella, positive or negative, fall outside the scope of this series.  The goal is merely to situate Ferrero’s core product within the history of gianduia.  In doing so, we will briefly consider Ferrero’s early, deliberate sacrifices in quality and Italianità. 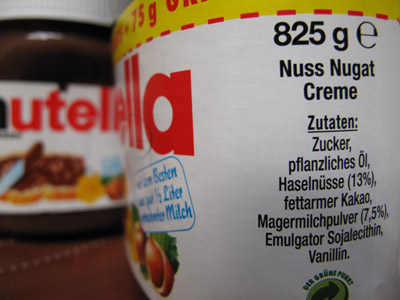 One principle led Pietro Ferrero from gianduia to Giandujot: cost-driven ingredient substitution.  He was not trying to improve gianduia, but to expand his market by making gianduia cheap.  When Giandujot was launched in 1947, Italian sugar production and prices had not yet recovered from the disruptions of World War II (3).  Cacao remained a luxury (4).  Ferrero drove the price down by introducing inexpensive saturated vegetable fat to mix (5).  By doing so, he was able to decrease the quantity of the traditional ingredients of gianduia.  While this allowed Ferrero to sell Giandujot at one-fourth the prevailing price of chocolate at the time, it came at the expense of texture, purity, and flavor-intensity.

When Michele Ferrero took over product development after his father’s death, the agenda remained the same.  Francesco Rivella, a chemist who worked for Ferrero from 1952 to 1991, describes the company’s acquisition of state-of-the-art hydraulic presses in 1954, which allowed for more thorough extraction of cocoa butter.  Ferrero sold most of the valuable cocoa butter and used the remaining cocoa powder for Giandujot and other products.  By 1956, Ferrero had become Italy’s largest exporter of cocoa butter (6). 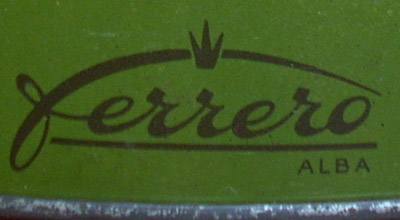 Ferrero logo from 1950s Cremalba can

The same substitutionary principle that led to the creation of Giandujot also resulted in Supercrema and, eventually, Nutella.  As Italian sugar production bounced back in the 1950s, prices fell and consumption increased in Italy.  When Pietro Ferrero launched Giandujot in 1946, per capita sugar consumption was 3.7 kilos.  By 1949—the year Supercrema hit the market—per capita consumption increased to 10.2 kilos.  In 1964, when Nutella arrived, per capita sugar intake rose to 24.5 kilos (7).  High sugar content was no longer cost prohibitive.

Extending the lesson learned with Giandujot, if fat could be added to drive down cost, more or different fats could be added to achieve a soft, spreadable texture.  Under Michele Ferrero’s direction, Rivella researched and analyzed vegetable fats through the late 1950s and early 1960s with the goal of improving texture and increasing the product’s range of temperature stability (8).

Both Pietro and Michele Ferrero advanced their company’s fortunes by replacing expensive ingredients with cheaper ones.  While Pietro Ferrero’s Giandujot merely diluted gianduia with vegetable fat “filler,” Michele’s substitutionary masterstroke was far subtler.  With Supercrema and Nutella, Michele Ferrero inverted the perspective, treating the “filler” as the product.  This Copernican shift shaped the original formulation of Nutella and the relatively modest changes since its launch in 1964.  Sugar and state-of-the-art vegetable fats took center stage, driving down cost, extending shelf life, and enabling stability and spreadability across a wider range of temperatures than could be obtained with gianduia’s unruly fats (i.e., hazelnut oil and cocoa butter).  With Nutella, Ferrero departed even further from gianduia’s elegance, balance, and power. 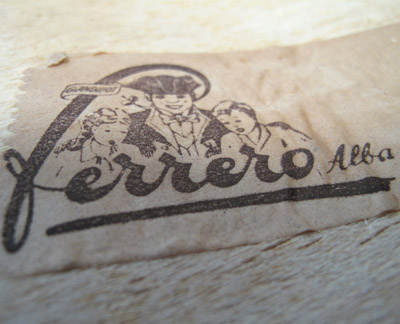 As Ferrero steered its products further away from their inspiration, the presentation of those products also shifted, shedding Italianità to appeal to international markets.  The company changed product names from the original Piedmontese (Giandujot), to Italian (Supercrema), and finally to one with an English root (Nutella) (9).  Packaging graphics depicting the character Gianduia were abandoned with Michele Ferrero’s evolution of Giandujot to Supercrema in 1949.  Under the guidance of Studio Stile, the increasingly popular Swiss font Helvetica became the standard for Nutella’s wordmark.  Early 1960s redesign of the Ferrero company logotype abandoned the company’s place of origin, Alba (10). 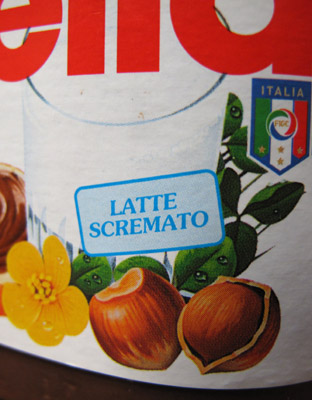 As a concession to international tastes, Ferrero’s development of Nutella included another notable departure from Piedmont tradition.  Gianduia predated the invention of milk chocolate and remained a dark chocolate product through most of its history in Piedmont (11).  Pietro and Michele Ferrero maintained that tradition with Giandujot and Supercrema, both of which were dark chocolate flavored products (12).  With post-war European tastes shaped by Swiss, English, and American chocolates, Ferrero launched Nutella as a milk chocolate flavored product, which it has remained ever since.

Apace with its international expansion, Ferrero concentrated its business entities and management outside of Italy.  In 1985, Ferrero’s top holding company was established in Amsterdam, consolidating subsidiaries, not under the family name, but the generically corporate “Intercandy BV.”  While the Ferrero name returned with the 1992 renaming as Ferrero International BV, the operational center remained in the Netherlands until a 1997 relocation to Luxembourg, purportedly because of the latter country’s world leadership in per capita consumption of Nutella (13).

Rather than taking an Italian brand to foreign markets, Ferrero abandoned Italian trappings in the interest of establishing an international brand.  That strategy paid off.  But by eliding Nutella’s derivation from the crowning achievement of Piedmontese confectionery, Ferrero became a threat to traditional gianduia, rather than the ambassador it could have been.

(11)  For more on gianduia’s origins as a dark chocolate product, see Parts 26 and 27.  One positive step in the transition from Supercrema to Nutella was the abandonment of almonds from the recipe, bringing the product more in line with the gianduia tradition.  Whether that was a net gain is debatable, since Nutella’s total nut content decreased to approximately 50% of that of Ferrero’s Giandujot.

(12)  This is based on ingredient descriptions on 1940s Giandujot boxes and 1950s Supercrema cans.