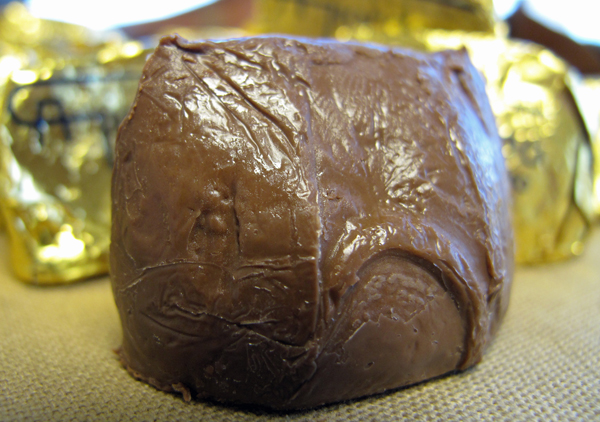 Before moving forward, let’s pause for a moment and consider how revolutionary gianduiotti were in their early years. 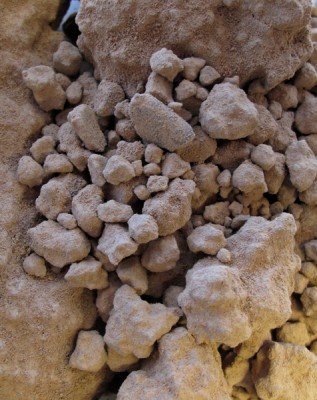 As previously mentioned, cacao liquor is solid at room temperature—hard, harsh, brittle, and of a texture little better than dirt clods.  Several late nineteenth century advances in chocolate-making offered tools for transforming this crude material into a more palatable form of solid chocolate.

Two of these advances involved the addition of fat.  Surplus cocoa butter as a byproduct of the Van Houten press (and its imitators) allowed makers to combine cocoa butter with cocoa powder or liquor in a ratio that allowed the fat to more thoroughly coat particles, resulting in a smoother solid chocolate that melted well (1).  Daniel Peter’s invention of milk chocolate relied on the addition of butterfat, which is mostly liquid at room temperature, to soften the resulting product (2). 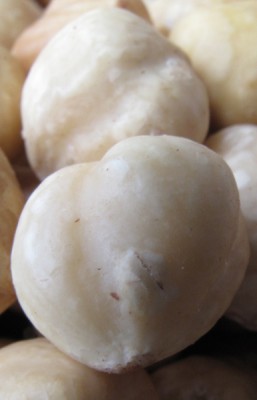 The Waldensian chocolate makers of Turin solved the texture problem by combining cacao liquor with oil-rich hazelnuts years before Van Houten’s press came into common use and a decade before Gala Peter milk chocolate bars hit the market, making gianduiotti softer and smoother than any chocolate then on the market.

Lindt’s conching in the late 1870s improved both texture (by reducing particle size) and flavor (by reducing harsh volatiles and acids).  Though the makers of gianduia in the preceding decade did not use identical equipment and methods, it is quite possible that the additional grinding time necessary to incorporate hazelnuts in the previously finished cacao liquor would have further refined particle size and allowed dissipation of acids and volatiles, much as Lindt’s conching later did.  Beyond that, the addition of a substantial quantity of hazelnuts obscured textural shortcomings of the milling equipment and—by diluting the cacao content (with something other than sugar)—mellowed the liquor’s harshness, both improving palatability. 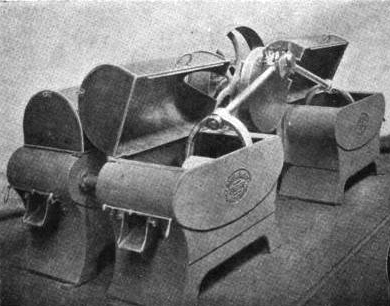 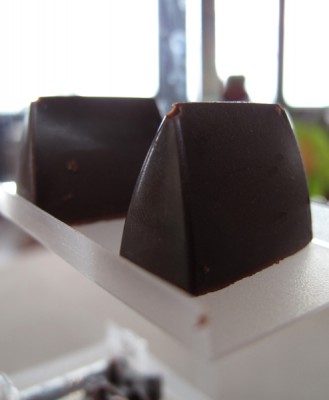 The closest analogy to gianduia’s rapid melt and distribution of flavor across the palate is chocolate ganache, a suspension and emulsion of chocolate in cream or other dairy.  However, unlike the cream in ganache, the hazelnuts in gianduia contribute a powerful and pleasing aroma.  Unlike the water in cream, the oil from hazelnuts creates a smooth, velvety mouthfeel.  Unlike ganache, gianduia has relatively little water content and no lactic acid, allowing it to stay fresh much longer without the use of artificial preservatives (3).

The impact gianduia makes on first-time tasters today, even after a century and a half of industrial and scientific advances in the production of chocolate, provides indirect evidence of how revolutionary gianduia would have been in the 1860s (4).  But the historical record also shows that the brilliance of gianduia was recognized soon after its invention, leading to its propagation throughout Europe (5).

1.  Beckett, Stephen T.  The Science of Chocolate.  RSC Publishing.  2009.  Pp. 3-4.  Though it is a relatively recent phenomenon, some modern artisanal makers are able to achieve excellent texture without adding flavor-diluting cocoa butter (or surfactants/emulsifiers).  God bless them.

3.  It is also worth noting that dark chocolate gianduia is vegan, with no compromise in flavor or texture.

4.  Shortly after giving a friend a few good gianduiotti during a layover at DFW, I started getting text messages.  8:25 PM: “Man, one of those gianduiotti I just ate was tasty.  Milk chocolaty, I think, and complex.  Reminds me of marshmallow cream.”  8:45 PM: “Seriously, it’s like chocolate filbert toasted marshmallow.  I might have to eat another of those.  I was licking out the foil.”  2:25 AM: “That stuff was really, really good.  Not sure if I’ll let my wife have any.”  Quality gianduia is better experienced than described.  For those who have yet to experience the Waldensian revolution first-hand, wait for the upcoming buyer’s guide.  It won’t be too much longer.