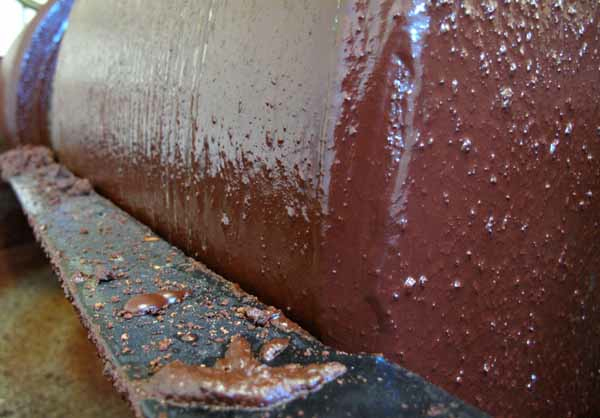 Damaging though it is, the lack of substantiation for gianduia’s early nineteenth century invention might not be fatal to the theory.  (Absence of evidence is not evidence of absence.)  However, several strong circumstantial arguments also militate against that dating. 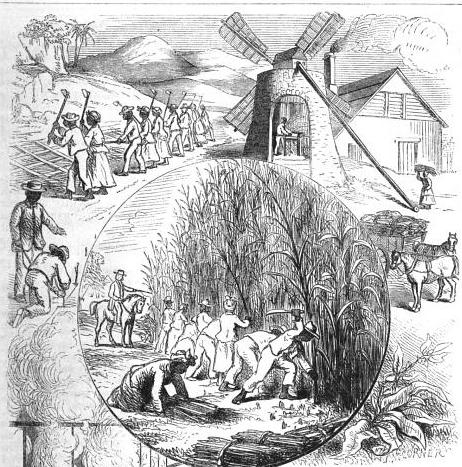 Those who have claimed an early nineteenth century invention of gianduia dwell on the scarcity of cacao in Piedmont due to the Continental System, but with nary a mention of sugar—a necessary component of gianduia, often in even greater quantities than cacao mass.  For most of the duration of the Continental System, there were no neutral sources of sugar, leaving the Continent dependent on imports from French and Spanish colonies.  The threat posed by the British navy to merchant vessels trading under the flags of France and its allies forced France to rely on neutral shipping—chiefly American—for sugar.  America’s willingness to conduct neutral trade with France contributed to the British Orders in Council of 1807, dragging the United States more fully into the escalating trade imbroglio, further disrupting the flow of sugar to the Continent (1).

As with cacao, prices for sugar skyrocketed for France and its allies.  From 1810 to 1812 alone, there was a one-third increase in Paris sugar prices—from 8 to 12 francs per kilogram, while the London prices for sugar of the highest grade in the corresponding years were 1.35 and 2 francs per kilogram (2).  As with cacao, customs rates on sugar steadily increased, from 30 and 45 francs per 100 kilograms (from French or foreign colonies, respectively) in 1802 to their peak under the Trianon Tariff in 1810 of 300 francs, regardless of source, reflecting the presumption of smuggling (3).  The trade war hit Italy even harder, almost completely suspending the supply of cane sugar and raising prices prohibitively (4).

Apart from supply and cost issues, throughout the nineteenth century (and well into the twentieth) the Italian peninsula routinely consumed far less sugar on a per capita basis than the rest of Europe (5).  Sugar only came into its own in common Piedmontese confectionery (outside the privileged class surrounding the Savoyard court) in the latter half of the 1800s, well after the collapse of the Continental System (6).

Unlike cacao, sugar was used for a variety of foodstuffs, not only for flavor, but as a preservative (7).  With other established uses, sugar could not be employed in confections in substantial quantities.  Scarcity (due to short supply, as well as competing demand) and costliness of sugar under the Continental System would have posed an even greater problem than cacao prices and availability. 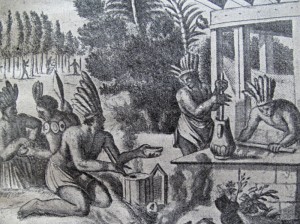 Compounding the problem of sugar shortages, it is doubtful that chocolate-making technology in Piedmont during the Continental System would be adequate for gianduia production (8).

For more than two hundred years after Europeans’ first encounter with chocolate, cacao seeds were ground as they had been in Mesoamerica for centuries before—by hand, between a heated, curved stone base (metate) and a stone muller (metlapil or mano).  Vanguard efforts with water-, steam-, and even mule-driven equipment commenced in the late eighteenth century in America, France, and Spain, though the technology was far from prevalent until the mid- to late nineteenth century (9). 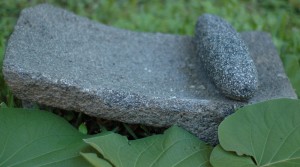 However, in the early nineteenth century, “Most Italian and French chocolate was made by workers standing at heated stone tables, producing up to 20 kilos a day, and wastefully boiling chocolate liquor to extract cocoa butter” (10).  With respect to newer machinery, the Coes refer to “the Catholic countries of the Mediterranean” as “largely backwaters as far as such innovations went” (11).

The traditional device for combining cacao mass, hazelnuts, and sugar into gianduia has been a mélangeur (or miscelatore)—most often a vat-like machine with a rotating granite bed (often heated by water or steam to melt the cocoa butter) with large granite grinding wheels mounted above.  As the bed rotates, the wheels turn, grinding the cacao nibs along with sugar and hazelnuts into a smooth, homogeneous paste.  (Later, refiners came into use, allowing further reduction of particle size.) 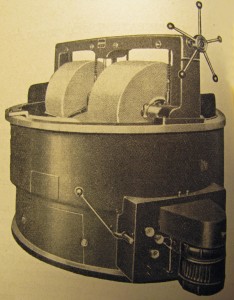 The first early-industrial chocolate-making machine to appear in Piedmont was built in 1819 by Giovanni Martino Bianchini (an immigrant from Canton Ticino in Italian Switzerland), powered by a mill owned by Maddalena Watzenborn (12).  That was already seven years after the collapse of the Continental System and four years after the Hundred Days and Napoleon’s final exile to St. Helena.

Though it might be possible to produce a crude form of gianduia by separately hand-grinding and mixing cacao nibs, hazelnut butter, and sugar, it seems improbable that the novelty and labor intensiveness of such a process would leave no historical trail, had it become at all common.  A post-Napoleonic invention better fits what is known about the technological development of Turin’s chocolate industry through the nineteenth century. 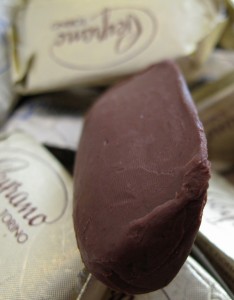 The most obvious argument against the early nineteenth century invention of gianduia arises from the material state of the confection.  The earliest extant records of gianduia are in the context of gianduiotti—small, individually wrapped candies in the shape of an inverted canoe (13).  They were solid.  Yet through the first half of the nineteenth century, chocolate was still consumed almost exclusively as a beverage—as a liquid (14).  The appearance of gianduia during the Continental System would have made it among the earliest forms of solid chocolate suitable for eating out of hand (15).  The absence of any contemporary remark about such a revolutionary advance in chocolate strains credibility.

The popular myth of gianduia’s invention during Naponeon’s reign should be abandoned, both for lack of evidence and for historical improbability.

7.  As a related culinary byproduct of sugar shortages under the Continental System, a Parisian confectioner claimed a 12,000-franc prize from the French government in 1809 for his development of a system of food preservation based on vacuum sealing and sterilizing.  Nicolas Appert thus became the father of modern canning.