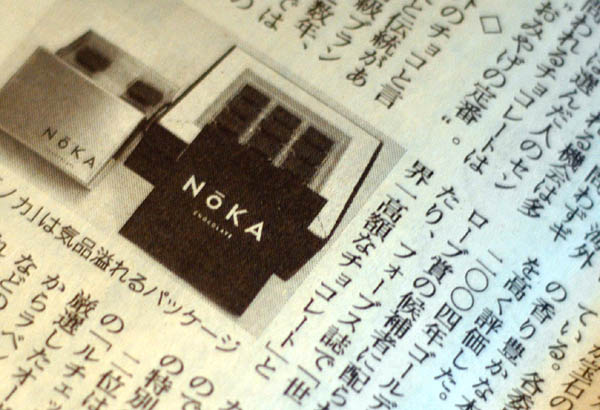 A little over a week ago, Noka Chocolate announced the debut of their products at Harrods in London. The closing line of the press release asserted that “Noka Chocolate was ranked…’Best Chocolate in America’ by The Nikkei.” This is not the first time that Noka has made this claim. Onward…

Noka initially made this claim in a press release on February 22, 2007, titled, “Noka Chocolate Rated Best in U.S. by World’s Largest Business Daily.” In general terms, the press release described a Nikkei-sponsored tasting of products from American chocolatiers. According to Noka, nine judges (unnamed in the press release) assembled in New York City, sampled “23 of America’s best-known chocolates,” and awarded Noka’s Vintages Collection (i.e., the remolded Bonnat tablets that will be available at Harrods) the highest ranking.

This report will briefly set forth three pieces of information that may be relevant in evaluating the significance of this recognition. (Translation assistance was provided by Jeff Zira, a chocophile participant on SeventyPercent.com.) 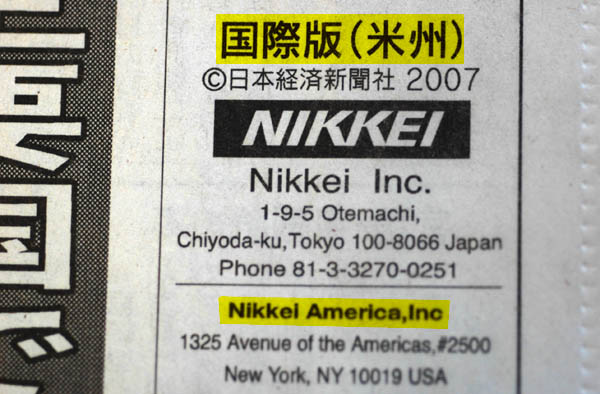 Item #1: Noka was not rated the best in the US by the “world’s largest business daily.”

The Nihon Keizai Shimbun (abbreviated as Nikkei) is, indeed, the “world’s largest business daily.” According to 2005 World Association of Newspapers statistics, the Nikkei had the fourth highest circulation of any newspaper in the world, making it considerably larger than any paper in the US or UK. It’s enormous.

I was able to obtain a copy of the paper that contained the ranking in question, published on February 3, 2007. However, the piece was not in the Nikkei. It was in the Nikkei American Edition, as shown in the photo above (highlighting added).

For perspective, the Nikkei‘s circulation is double that of USA Today, the largest paper in the US. The Nikkei American Edition has about one-fifth the circulation of the #200 paper in the US, of those monitored by the Audit Bureau of Circulations—a position currently held by the Beaumont Enterprise. 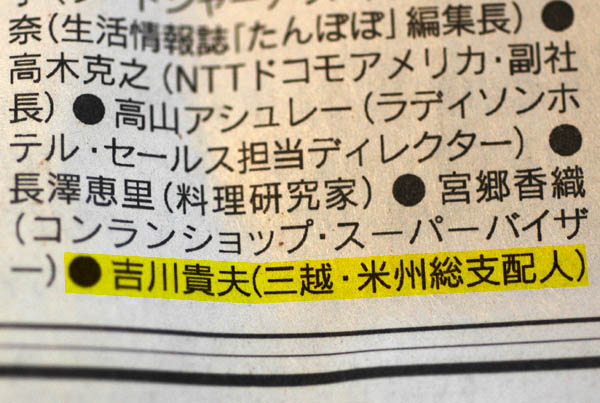 Item #2: One of the judges on the panel worked for the American division of one of Noka’s “retail partners.”

The article in the Nikkei American Edition listed the nine judges by name and profession. One of the judges was Takao Yoshikawa, President of Mitsukoshi USA, as shown in the photo above (highlighting added). Mitsukoshi is a Japan-based chain of upscale department stores, with additional locations in Europe and other Asian countries.

Near the time of publication of the piece in the Nikkei American Edition, Noka’s web site identified Mitsukoshi as one of the chocolatier’s “retail partners” in Japan. 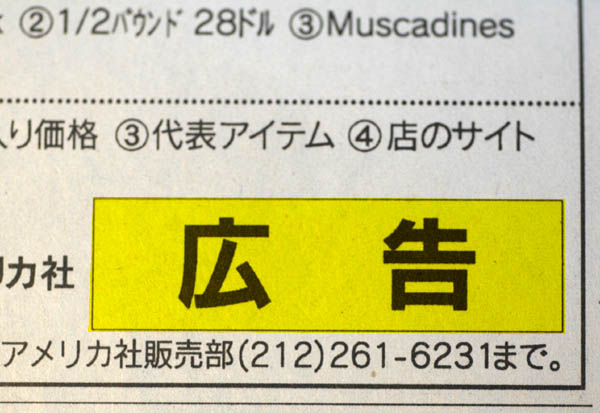 Item #3: The ranking that appeared in the February 3, 2007, issue of the Nikkei American Edition contained a prominent disclaimer.

At the bottom right hand corner of the chocolate ranking in the February 3 issue of the Nikkei American Edition, appeared a box with two bolded kanji characters set in a type size about three times larger than the body text of the piece, as shown in the photo above (highlighting added).

In response to e-mail enquiries, representatives of Nikkei America, Inc., denied that any direct compensation was received by the company in connection with the piece, stating that the “advertisement” disclaimer was included because the piece was not researched or written by the paper’s editorial department. Rather, the ranking was generated by the paper’s circulation department.

If the “advertisement” disclaimer is taken at face value, the ranking was bought and paid for by an undisclosed interest. If the explanation from Nikkei America, Inc., is accepted, the piece was something that the paper’s editorial staff did not produce and felt the need to distance themselves from with a prominent disclaimer.