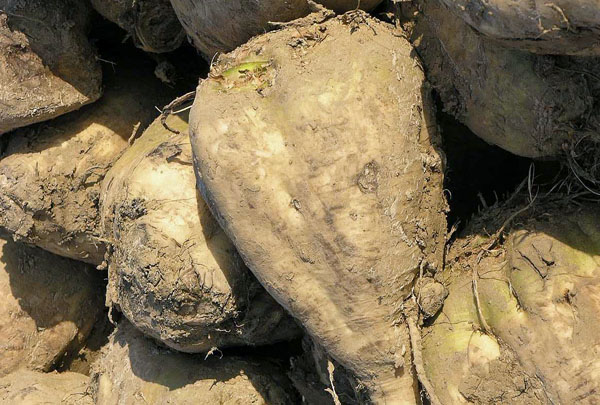 Though gianduia was not invented in direct and contemporary response to the Continental System, Napoleon implemented two policies that would have a deep and long-lasting impact on Piedmontese confectionery.

The more obvious of the two policies related to sugar.  As previously mentioned, the Continental System significantly reduced the supply of colonial cane sugar to the Continent.  This pushed the French into a number of efforts to extract sugar from locally available plants, resulting in some moderate success with grapes.  Of the sugar extracted from grapes, Heckscher notes, “this syrup, which was black and did not crystallize, was repulsive and had an unpleasant odor” (1).  Beets ultimately proved to be the most promising substitute. 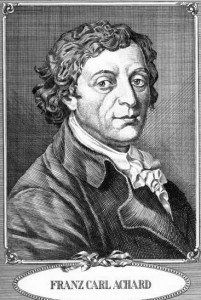 The idea of extracting sugar from beets was not new.  In 1747, Andreas Marggraf, a member of the Royal Academy of Science and Literature of Berlin, discovered the presence of sugar in certain beets and showed that it could be extracted and crystallized, though his work had no immediate commercial impact.  Franz Karl Achard, a student of Marggraf’s, did further work with an eye to large-scale sugar production.  The French Institute found Achard’s cost estimates for beet sugar production to have been overly optimistic (at a time when grape sugar was still of interest to the French); but Achard found patronage from Frederick William III, the king of Prussia, who provided land and funds for construction of a sugar factory that became operational in 1802. 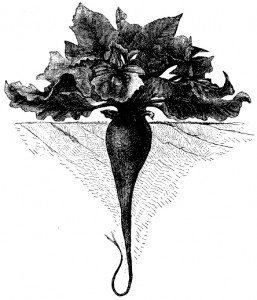 French efforts with extracting sugar from grapes continued for nearly a decade.  Napoleon incentivized development by announcing a 200,000-franc prize in 1810, to be divided among factories with the highest percentage yield of sugar from grapes.  However, in March of 1811, the Society for the Encouragement of National Industry submitted a report to Napoleon summarizing the progress in beet cultivation and processing, along with samples of the sugar.  Within the month, the emperor sharply pivoted, ordering that 79,000 acres be devoted to beet cultivation and that six experimental stations be established to support the participating farmers and land owners. 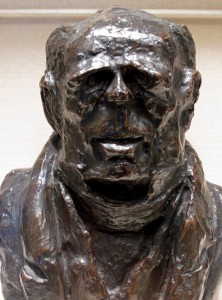 While many of France’s leading lights had been focused on grape sugar, Benjamin Delessert continued to work with beets in a factory he built at Passy in 1801.  With the empire now investing in beet sugar, Napoleon personally visited Delessert’s factory in 1812, designated him a Knight of the Légion d’honneur, and ordered the construction of ten additional factories.  To further support the budding industry, Napoleon prohibited all colonial importation of sugar on January 1, 1813 (2).  By the end of the year, 158 factories were in operation (with licenses granted for an additional 176) and had produced over a million kilograms of sugar (3).

Despite this promising start, the fall of Napoleon and the ensuing flood of inexpensive colonial cane sugar dealt a blow to beet sugar on the Continent.  High duties were imposed in France to protect domestic production and, as abolition spread through the colonies, the loss of slave labor raised the cost of cane sugar.  After several decades of borderline viability, beet sugar production hit its stride, overtaking cane sugar for the first time in 1883 (4). 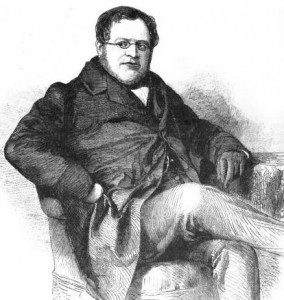 Some of the earliest efforts to cultivate sugar beets in Italy were initiated in the 1830s by Camillo Benso, Count of Cavour, at his estate in Leri (5).  These experiments proved unsuccessful, as did other contemporary efforts in Tuscany and Romagna (6).  Cavour, an advocate of free trade, stated that if “sugar cannot really be produced from beet-root without some sort of monopoly, or protection injurious to the general interest, then it will not suit us to have introduced the manufacture of it in our country.  It will have been rendering us a bad service, and embarking in an undertaking which could only have answered as long as the power remained in selfish or incompetent hands” (7). 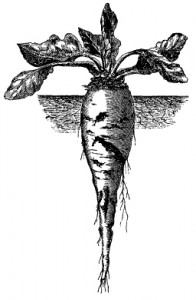 By the time of Cavour’s death in 1861 (shortly after being named the first Prime Minister of Italy), beet cultivation remained unviable in the country.  Contrary to his wishes, domestic sugar production only began to make forward strides after the imposition of steep protective import tariffs.  The industry turned a corner in the closing years of the nineteenth century, as land-reclamation permitted more extensive planting of sugar beet in the Po Valley.  Raw sugar production increased from 5,972 tons in 1898 to 130,861 tons in 1903 (with commensurately declining imports), resulting in overproduction at a time when Italy’s per capita consumption of sugar remained relatively low (8).

In 1904, Italy’s leading sugar companies formed the Unione Zuccheri and used cartel agreements to fix prices (9).  By the time of the First World War, Italian sugar production sufficed for domestic consumption, as well as profitable exportation to belligerents that had been cut off from their previous sources of supply (10). 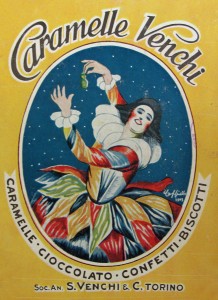 The protectionist policies resulted in an abundance of domestically produced sugar, which proved indispensible for confectioners in Piedmont.  However, the combination of price-fixing by the Unione Zuccheri, high taxes on domestic production, and stiff tariffs on imports (as much as four times the wholesale price) resulted in artificially high prices for sugar in Italy until the mid-twentieth century (11).  Heavy taxation on raw cacao imports (until tariff revisions in 1905) further complicated Italian firms’ ability to compete with non-Italian chocolate makers. 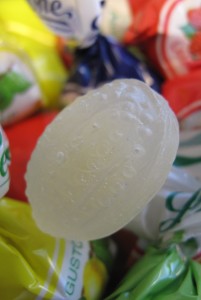 Unfavorable tax and customs policies retarded the modernization, industrialization, and internationalization of Italian confectioners.  As Chiapparino writes, “At the end of the [nineteenth] century they were still at the semi-artisan stage of small, strictly family managed enterprises.  Insisting on narrow regional, or at most interregional markets, moreover, they were lacking in specialization, often producing jams, confectionary, mustards [i.e., mostarde] and spirits, together with chocolate” (12).

Trade barriers resulted in culinary allopatry—local and regional family-owned businesses developing specific products for local and regional markets, often reflecting the tastes and available ingredients of their origins.  Freer flow of raw materials into Italy might have allowed swifter industrialization and internationalization of Italian confectioners, but at the sacrifice of product distinctiveness.  Economic isolation allowed gianduia to become a regional icon. 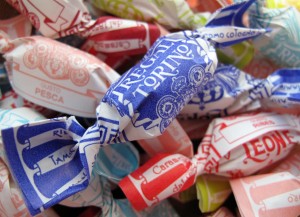 This is a legacy of Napoleon.  His establishment of the Continental System and aggressive efforts to transform beet sugar into a viable alternative to colonial cane sugar were necessary precursors to the development of the Italian sugar industry in the late nineteenth and early twentieth century.  Italian protectionism (inspired by that of France) bolstered sugar refining and production, producing an abundance that fueled the subsequent growth of Turinese confectionery.

9.  Federico, Giovanni and Pier Angelo Toninelli.  “Business Strategies from Unification up to the 1970s,” Evolution of Italian Enterprises in the 20th Century (ed. Renato Giannetti and Michelangelo Vasta).  Physica-Verlag, 2006.  P. 202.