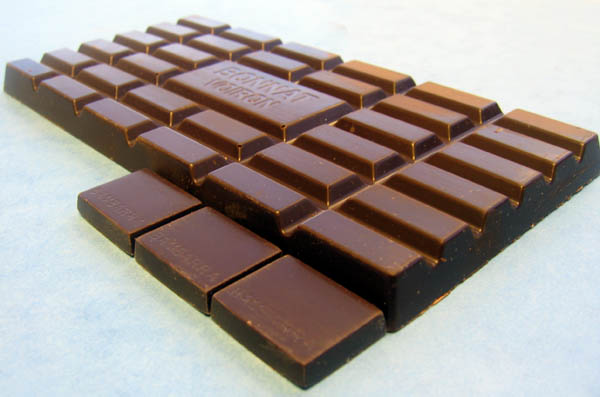 In Noka Part 8, we found that taste-testing confirmed the results of the process of elimination method described in Part 7 for identifying Noka’s couverture source. Now we’ll look at that supplier more specifically. Onward… 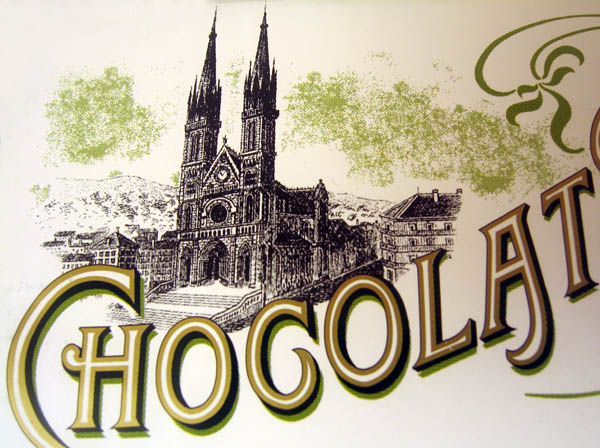 Bonnat is a small, fourth-generation family-owned business that began in Voiron, France, in 1884. They were pioneers in single-origin dark chocolates as far back as 1902 and the first chocolate maker to commercially produce a plantation bar (with Hacienda El Rosario in 1994).

The company isn’t particularly well known in the US because it remains small (compared with other prominent French chocolate makers, such as Valrhona, Cluizel, and Pralus) and has been significantly eclipsed by more aggressive and, frankly, more talented latecomers. While some newer chocolate makers have purchased or partnered with plantations in order to better control the cultivation, bean selection, fermentation, and drying processes (all of which contribute substantially to the quality of the finished product), Bonnat’s processing still begins at the roasting stage. As mentioned in the brief tasting notes in Noka Part 8, Bonnat’s chocolates often have a more rustic, even gritty texture than most premium makers. This cannot be attributed to the lack of soy lecithin, since several other top makers (e.g., Amedei, Domori, and Cluizel) produce silky smooth chocolates without lecithin.

None of the Bonnat chocolates that Noka uses are plantation-specific and only the Venezuelan Puerto Cabello is arguably “single-estate.” (This means that Noka’s statements that its chocolates are single-estate or specific to plantation are probably inaccurate.)

Though Bonnat may not make the very best chocolate in the world, they’re definitely a top tier chocolate maker with an illustrious history and solid reputation.

A chocolatier should feel no shame in using Bonnat’s couverture. On the contrary, it’s an ingredient of such quality that most chocolatiers would be telling customers about it at every opportunity. Why is Katrina Merrem so reluctant to admit that Noka uses Bonnat? For two simple reasons.

First, if Merrem were to admit that Noka uses Bonnat, it would undermine the company’s remarkably successful campaign to mislead consumers and the press into believing that Noka is a chocolate maker, rather than a mere chocolatier (as discussed in Noka Part 3).

Second, if Merrem were to admit that Noka uses Bonnat, it would immediately give consumers a price reference—a way of estimating Noka’s obscene markup.

How much does Bonnat cost? The bars I used for the taste-testing in this report were purchased from Chocosphere for $33.99 per pound. Keep in mind that this is retail pricing for individually molded and wrapped 100-gram bars. Buying the same bars from the authorized US distributor (with a minimum order of a case of 6 bars) pushes the price down to $17.82 per pound. By purchasing blocks of couverture (rather than individual portioned bars) and cutting out the middleman, I’d be very surprised if Noka is paying more than $11-12 per pound. 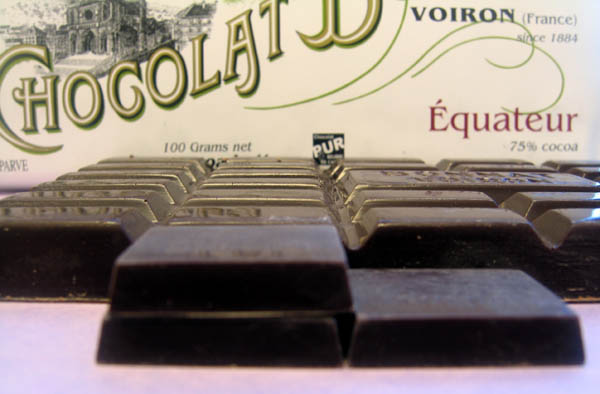 So, if you buy Noka’s 48-piece Vintages Encore box for $100, you’re getting about the same amount of chocolate you would have gotten by buying one 100-gram Bonnat bar at a retail price of $7.50. That’s a markup of more than 1,300% over the retail price.

Looking at it another way, you can spend your hundred dollar bill on 3.6 ounces of Noka’s re-branded Bonnat chocolate or on 2.8 pounds of Bonnat’s individually wrapped bars. (And, as you can see in the photo above, Bonnat does a much better job of tempering and molding its chocolate, resulting in a glossy finish and nice snap.)

As a visual aid, look at the picture immediately above, along with the one at the top of this article. The Bonnat bar weighs a hair over 3.5 ounces. The combined weight of the three Noka pieces is .23 ounces. The retail price of the Bonnat bar is $7.50. The retail price of the three Noka pieces (from an “Encore” box of 12) is $9.75.

It wasn’t shame about the quality of Bonnat’s chocolate that kept Katrina Merrem from identifying her supplier. It was shame about Noka’s prices.