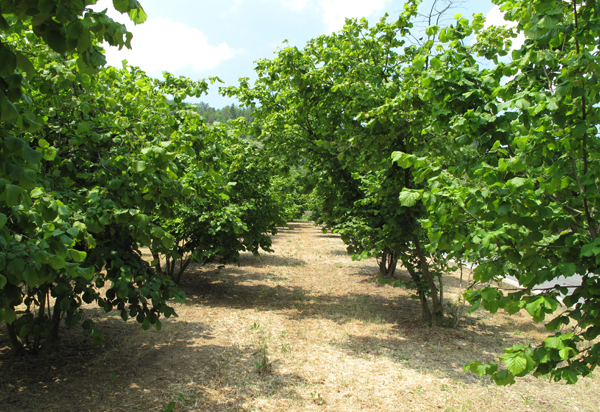 In terms of productivity on a per tree or per hectare basis, TGL is only an average performer in Piedmont (1).  However, outside of Piedmont, the cultivar’s productivity has been even lower.

In a series of trials conducted by Oregon State University in Corvallis, Oregon, Tonda Gentile delle Langhe had the lowest cumulative yield (in both nut and kernel weight) of the nine cultivars tested.  TGL’s yield of both nut and kernel were less than a third that of Oregon’s industry standard cultivar, Barcelona (2).  TGL’s low productivity in Oregon is not unique.  The cultivar has also severely underperformed in trials in Portugal, Argentina, Sicily, and Croatia (3).  Current pricing premiums for kernel quality cannot offset the significant productivity gap between Tonda Gentile delle Langhe and other popular cultivars. 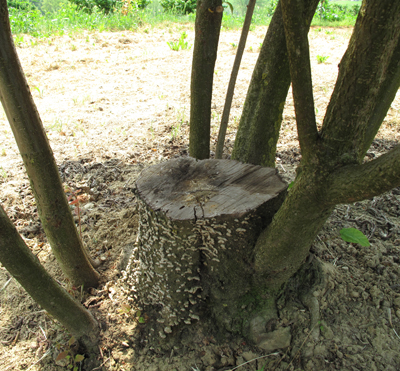 Within Piedmont, Tonda Gentile delle Langhe faces few serious threats from bacteria, viruses, and pests that afflict hazelnuts in other growing regions, apart from a few species of insects that infest kernels (4).  However, outside its native territory, it has proven to be much more vulnerable.

Tonda Gentile delle Langhe is highly susceptible to bud mites (Phytoptus avellanae), which infest and feed on buds in spring, preventing flowering, and lowering yield (5).  TGL is vulnerable to gray mold (Botrytis cinerea), a fungal infection that damages nuts and causes them to prematurely drop.  The cultivar has little resistance to bacterial blight (Xanthomonas campestris) and eastern filbert blight (Anisogramma anomala), both of which reduce vigor and can ultimately kill the tree (6).

To overcome some of TGL’s shortcomings, the University of Turin has, over the past three decades, conducted a selection program to identify and propagate clones with higher productivity and kernel percentage (7).  That may help Piedmontese growers maintain profitability with Tonda Gentile delle Langhe, but will do little to address the adaptability and susceptibility challenges the cultivar faces when grown elsewhere.  The regrettable upshot of that is that Americans are unlikely to ever be able purchase domestically produced Tonda Gentile delle Langhe hazelnuts.

That is not to say, however, that Barcelona is the best we can ever expect from the Oregon hazelnut industry.  Scientists in the Oregon State University Department of Horticulture have operated a breeding program since the 1980s to develop genetically improved cultivars.  Some of those improvements have involved productivity and resistance—qualities emphasized by industrial growers, sometimes at the expense of kernel quality.  But OSU’s stated objectives also include developing cultivars for the kernel market that have round nuts of medium size, few nut and kernel defects, and high pellicle removability—qualities sought by the confectionery industry (8).

In 2008, OSU released cv. Sacajawea, a cross between a minor Spanish cultivar (Sant Pere) and the dominant cultivar in Sicily (Siciliana).  The resulting hybrid produced a kernel slightly larger than TGL (closer to that of Tonda di Giffoni and Tonda Gentile Romana), pellicle removal close to that of TGL and Tonda di Giffoni, and kernel flavor and texture comparable to the leading Italian cultivars.  OSU’s data showed Sacajawea as having yield comparable to Barcelona, but with higher kernel percentage (i.e., weight ratio of kernel to nut), fewer defects (e.g., blanks, doubles, shriveled kernels, and poorly filled), and greater resistance to eastern filbert blight.  Sacajawea offers many of the strengths of Italian cultivars—particularly Tonda di Giffoni—but with fewer of their shortcomings (9). 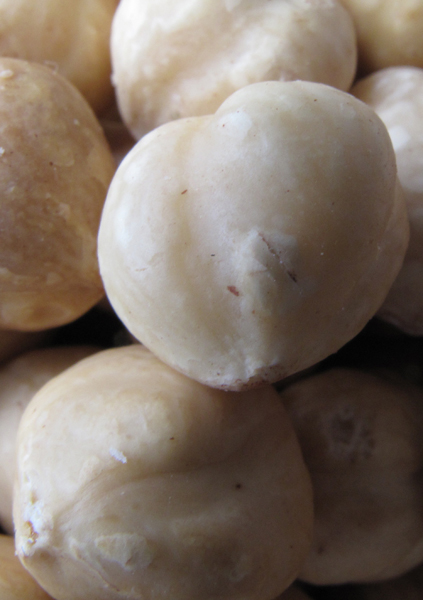 In 2010, OSU released cv. Tonda Pacifica (10).  Tonda Pacifica is based on a clonal selection of a controlled cross with Tonda Gentile delle Langhe, sharing many of that cultivar’s prized qualities: roundness and size of kernel, high pellicle removability, and excellence of flavor, aroma, and texture (11).  Samples of Tonda Pacifica submitted to Ferrero’s Quality Assurance Lab in Alba, Italy, were determined to be of equal quality with Tonda Gentile delle Langhe.  However, OSU data show that Tonda Pacifica avoids many of TGL’s weaknesses in Oregon.  Its yield is comparable to that of Barcelona, with higher kernel percentage, higher percentage of good nuts, and fewer defects of almost every type.  Because the cultivar is not resistant to eastern filbert blight, OSU has not recommended it for release in Oregon (12).  Still, the development of Tonda Pacifica shows OSU’s ongoing commitment to develop cultivars that meet the demands of growers and of the discriminating world market (13).

Today, when one sees “Oregon hazelnuts” on a menu or ingredient list, it reflects a prioritization of locality over quality (14).  That could change in the years ahead.  One need only wander through Portland’s many excellent farmers markets to find evidence of small growers’ responsiveness to quality demands.  If chefs, chocolatiers, and consumers in the Pacific Northwest demand something better than Barcelona, we could see a quality niche emerge that would rival the output of Piedmont and Campania.  Until then, Tonda Gentile delle Langhe is king.

8.  Mehlenbacher, Shawn A.  “Genetic Improvement of the Hazelnut,” Proceedings of the III International Congress on Hazelnut.  Acta Horticulturae: 351.  1992.  P. 23.

11.  The other clone was OSU 23.024, a cross of Barcelona with Extra Ghiaghli (a Greek clone of the Turkish Tombul).

12.  It is worth noting, however, that OSU’s studies showed that the difference in blight resistance between Tonda Pacifica and Barcelona is not statistically significant.  Barcelona’s moderate resistance has not prevented it from becoming the dominant cultivar in the Pacific Northwest.

13.  As a measure of that commitment, consider the timeline for the development of Tonda Pacifica.  The original cross of Tonda Gentile delle Langhe (Clone O-15) and OSU 23.024 was made in 1981.  Seedlings were planted in 1982.  The trees produced their first crop of nuts in 1986 and were first harvested in 1987.  At that point, OSU 228.084 (Tonda Pacifica) was selected for further examination.  It was propagated by suckers in 1989.  A second trial was planted in 1994, followed by a third in 1999.  From the first cross to the eventual release, Tonda Pacifica was almost thirty years in the making.

14.  Rarely is that a deliberate, knowing prioritization, since few American chefs and confectioners have had the opportunity to experience fresh roasted Tonda Gentile delle Langhe hazelnuts.